The Line is youth campaign aimed at promoting respectful relationships and reducing the incidence of violence in Australia.

“I am proud to support The Line,” says Eli of his appointment as one of The Line’s musical ambassadors. “Respect is the glue that holds people and society together. When it comes to relationships if you don’t respect yourself or your partner then that’s when things can fall apart.”

‘Speak Lovingly’ is a poignant and powerful song that perfectly captures what Eli is talking about. The song was inspired by a series of telephone calls from a friend who was going through a difficult time in her relationship, with her partner disrespecting her in many ways through verbal abuse behind closed doors.
“A few weeks later, the song spontaneously came to me; it’s a mixed dialogue between her and her ex-partner and a mediating third person who validates her viewpoint. “Being the friend with a lending ear can often help someone sort things out and put the situation into perspective,” says Eli.

Travelling more than 25,000 km and performing 80 shows across every state and territory last year on his 2010 ‘Community Australia Tour, the talented, left-handed guitarist found the song strongly resonated with people of all ages.

“It’s great to contribute positively to our cultural landscape and I’m glad ‘Speak Lovingly’, a song born from real experience, can play a role in this great Australian initiative andpromote the messages of empathy and respectful relationships.”Featured on his debut album, Eli experimented with ‘Speak Lovingly’ in the recording studio, adding foot organ bass, a washing machine and sink and a plastic wall strip to offer a unique, percussive sound under his sprightly guitar playing and smooth vocals.

“I had fun discovering alternative sound textures to present something a little quirky while still being an acoustic guitar song with something to say,” Eli commented.

The song ‘Speak Lovingly’ enjoyed 3 weeks running in the number 1 position on the National Australia community radio charts via AMRAPS  ’AirIt’, resonating strongly with its story and message as Eli took to the road for two months on his  National ‘Speak Lovingly’ tour through Oct/Nov/Dec 2011.

For more information about ‘The Line’ go to:  http://www.theline.gov.au/ 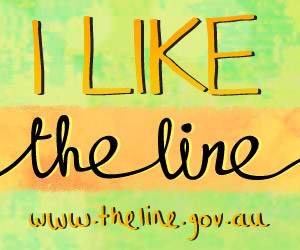